IN GIVING money to companies to help them cope with the downturn, the Government is in effect killing three birds with one stone, economists and analysts tell Insight.

# First, The Jobs Credit, amounting to a 12 per cent subsidy on the first $2,500 of an employee's wage, delivers cash into the hands of companies.

This is more effective than giving cash to individuals, for two reasons:

- More people are saving in anticipation that this will be a protracted recession, says Dr Randolph Tan of Nanyang Technological University (NTU). Hence, money that is given out to individuals may not have much of a multiplier effect, in the sense of generating more value in the economy. It will simply be stashed away in the individual's bank account, or under the mattress.

- The aim is to help businesses manage cash flow and hopefully forestall downsizing, business closures and retrenchments. Professor Hui Weng Tat from the Lee Kuan Yew School of Public Policy says that this will have 'the indirect effect of sustaining the consumption demand of workers who are able to keep their jobs'.

'Giving cash grants to individuals who would otherwise face a higher chance of losing their jobs could result in a higher probability of contraction of consumption demand,' he says.

'In this regard, giving money to companies would be more effective in sustaining aggregate demand.'

# Second, on top of saving jobs, the scheme also puts pressure on employers to save jobs specifically for locals.

The issue of foreign talent and workers in Singapore's midst has been a touchy subject with some Singaporeans wanting the Government to do more to provide jobs for Singaporeans.

This scheme may tilt the balance towards local workers as it is skewed towards the lower-paid and local workers, says PricewaterhouseCoopers tax partner David Sandison.

He notes that a firm gets to save proportionally more by employing lower-paid workers as the subsidy is capped at $300.

There are no such savings for foreign employees. In fact, companies have to pay an additional foreign worker levy, which ranges between $50 and $450 a month, depending on how many foreigners a firm employs.

Hence, the difference in cost, after taking into account the Jobs Credit, 'may skew the decision-making towards firing of more foreigners', says Prof Hui.

# Third, the scheme avoids cutting employers' Central Provident Fund (CPF) contribution rate, which some companies had been calling for.

This scheme is a 'unique' instrument that is equivalent to a 9-percentage-point cut in employers' CPF contributions, but without the pain, says NTU's Dr Tan.

Cutting CPF contribution rates would have been painful for workers because the national savings plan is not only tied to retirement financing but also medical, educational and housing needs. Many Singaporeans rely on their CPF savings to pay for their homes and medical treatment.

Dr Tan notes that before the Jan 22 Budget statement, 'it seemed that a CPF cut was the only instrument available'.

'By showing it can achieve the aim of reducing wages without actually shifting the burden to workers, the Government is putting its money where its mouth is,' he says.

Still, despite the strengths of the scheme, economists point out that it is not perfect.

NTU economics professor Tan Khee Giap says the scheme can afford to be a lot more targeted in its approach.

He argues that smaller companies should be given higher subsidies as their wage bills form a higher percentage of their total costs, as compared to larger multinational companies.

'Instead of a 12 per cent subsidy across the board, maybe it should be 15 per cent for small firms and 5 per cent for larger firms,' he says.

'If the objective is to save jobs, the scheme should target small and medium enterprises since they employ 65 per cent of the workforce.'

Indeed, Mr Poon Hong Yuen of the Ministry of Finance, who was in the thick of helping to design the system, acknowledges that the scheme could have taken a more targeted approach, except that it would have been difficult to implement.

Perhaps the biggest criticism of the $4.5 billion scheme is that when companies face the crunch, the decision to hire or fire will not be decided by savings of 12 per cent.

National University of Singapore professor Shandre Thangavelu expects the scheme to have only a 'short-run' impact on the retrenchment behaviour of employers. After a while, the layoffs will still hit.

Citigroup's head of Singapore research Chua Hak Bin says the cost of the package seems disproportionate to the benefits it would possibly yield.

'The scheme looks disproportionately generous towards saving jobs versus helping those who are jobless, who get close to nothing in the Budget.'

The scheme is a 'unique' instrument that is equivalent to a 9-percentage-point cut in employers' CPF contributions, but without the pain, says NTU's Dr Tan. 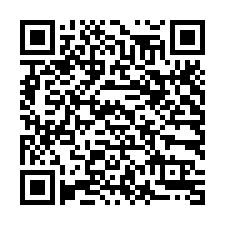