The $4.5 billion Jobs Credit scheme was the stunner in the slew of Budget measures unveiled last week. Sue-Ann Chia and Aaron Low find out how and why policymakers came up with the novel 'wage subsidy' plan that nobody expected

ON THE night before Budget day on Jan 22, harried Finance Ministry officials tucked into a supper of steaming porridge cooked by their colleagues.

It came with condiments on the side, from century eggs and ham to peanuts - comfort food that soothed their nerves as they rushed to put the finishing touches on the biggest-ever Budget bonanza.

One of the things they worked on late into the night was the Jobs Credit scheme, which was finalised only a week before the Budget.

Costing $4.5 billion, this is a major plank in the $20.5 billion stimulus package. It aims to save jobs by subsidising part of employers' wage bills.

It was also the most eye-popping measure, and caught analysts and businesses alike by surprise.

As Mr Poon Hong Yuen, the Ministry of Finance's (MOF) director of Budget 2009, puts it: 'They didn't think that the Singapore Government would do such a thing.'

The unlikely thing? That the Government would provide funds for companies to ride out the downturn.

What most had assumed it would provide were the usual reliefs, such as rental rebates and tax cuts. In the event, these were present, but nowhere near the scale of the Jobs Credit scheme.

The idea was so far-fetched that no one thought to ask for it in the many rounds of dialogue and feedback that the ministry held with employers, banks, economists and workers.

There were expectations of a cut in the Central Provident Fund (CPF) contribution rate, even the issuing of shopping vouchers - ideas that Mr Poon says were considered but canned.

NOT that there was a 'eureka moment' when the idea crystallised and everyone knew this was The One.

Describing when and how the idea surfaced, Mr Poon says it was more a gradual realisation that something had to be done - and fast - to help companies stay afloat as the economy began to sink in the second half of last year.

The only certainty in their minds: A fiscal injection was needed to stimulate the economy.

But they did not quite know exactly what form this should take and how to go about it.

The need for a bailout became evident to the team six months ago.

The Singapore economy was then slowing as the sub-prime crisis spread in the United States.

Worried, the MOF team started hatching plans to protect the economy. They considered all options, from a CPF cut to road tax reductions.

The solution that emerged was to give companies a shot in the arm.

'We thought we needed to put cash in the hands of companies - viable companies,' says Mr Poon. Apart from taking charge of Budget 2009, the 39-year-old is also MOF's director of economic programmes.

The answer, in a way, came in September last year when US banking giant Lehman Brothers collapsed, triggering a global crisis.

'It became clearer to us then that jobs were the No. 1 priority,' Mr Poon recalls.

'It also became clear to us that the economy was going to be worse than we had previously thought. So we started to focus a lot more (on) saving jobs.'

Given that the intention was to give companies money to save jobs, a CPF cut was seen as a possible option. It was discussed but dismissed.

'You want to send a cheque to the company. Mathematically, a CPF (cut) may achieve the same thing - you may free up cash for the company. But it's not the same as giving them a cheque to encourage them to keep jobs,' explains Mr Poon.

Nor did the situation warrant a cut.

'It's not as though Singapore's wages were uncompetitive globally. It's just a very temporal situation where the suddenness of the downturn hit businesses very hard,' says Mr Moh, deputy head of economics strategy at the ministry.

With this option out, the team members began looking at other approaches. Should funds be given to offset business costs such as rental, utilities, wages or a combination of all three, they wondered.

IT WAS a close tie between rental costs and wages. Utilities, which had been a consideration, was dropped pretty quickly because it did not amount to as significant a business cost as the other two items.

The team eventually decided to focus their firepower on wages.

'We zoomed into the wage component quite late in the day,' reveals Mr Poon.

'I can't say exactly when, but even a month or two before the Budget, we were still thinking of other components. In this crisis...things moved very fast and we had to get an accurate feel of what was happening on the ground.'

Focusing on wages seemed to make sense, since it is a major business cost and closely tied to jobs.

Another consideration was the ease of implementation.

'We don't have data on rentals, unlike for wage components, (where) we have very detailed data from CPF accounts. We know how much each person is paid,' Mr Poon explains.

The team does not view the Jobs Credit scheme as a wage subsidy as the money disbursed is not meant to prop up wages.

Wages were used simply as a base to calculate how much each company should get from the Government.

If the intention was to provide a wage subsidy, it would have been more logical to give it directly to workers, he explains.

So why not give the money to workers? As reactions to the Budget showed, many people think that the measures seem more pro-business than pro-worker.

Mr Poon says the idea of disbursing money directly to employees was considered. But it was discarded as such a move was not in sync with the objective of saving jobs.

'You can give it directly to workers, but how would that factor into an employer's decision on whether to retrench or not?' he says.

If such an approach had been taken, employers would not have an incentive to retain workers, as the cost savings from the offset package would not be returned to them or have an impact on their overall wage bill.

'We're not doing this because we favour employers. We're trying to save jobs for the employees, and we're trying to do it in a way that we think will be more effective,' he says.

The team even toyed with the idea of giving citizens shopping vouchers, but decided against it. Mr Poon says: 'We felt that cash that goes to employers will have a multiplier effect on the economy because they will also spend on the economy.'

The next headache was then in deciding how much to give companies.

CHARTS, tables and matrices were drawn up using various permutations, to show how much each would cost the Government.

Says Mr Poon: 'It wasn't Jobs Credit in isolation. If we give more for Jobs Credit, we have to cut somewhere else. There's no bottomless pit.'

Nearer the Budget - which was brought forward from February to last Thursday - they were having full-day meetings with him almost every other day.

He gave 'valuable inputs', says Mr Poon, who describes Mr Tharman as a good listener who hears out even the most junior staff member.

'He gave us directions on what to focus on. We give him options and recommendations, but he decides,' he adds.

The sum is 'quite high', says Mr Poon. He declines to reveal the higher amounts considered.

'Of course, there were higher amounts, but those were not realistic figures. We know we could not really afford those,' he adds.

'But I think we were quite generous.'

He also explains why they decided on 12 per cent.

'We need a number that's impactful. We don't want a number that companies look at and say, 'It's a waste of my time. It won't make a bit of difference in my retrenchment or hiring decision,'' he says.

'When we did our charts and graphs, 12 per cent was almost as high as we could go in terms of affordability.'

It was capped at $2,500 of monthly wages as that is the median salary in Singapore. Half of workers here earn below that and half earn above that.

'We wanted to skew the assistance in terms of keeping jobs for the lower- and middle-income because we felt that these would be especially vulnerable,' he says.

THE billion-dollar question is: How many jobs will the one-year scheme save? Nobody seems to have the answer, even though $4.5 billion is being spent on this measure.

The Government is even dipping into past reserves to fund it.

'It's quite difficult to work out. Going forward, we're quite clear there will still be retrenchments.

'But will it have been worse without Jobs Credit? I think the answer is yes,' says Mr Poon.

'We think it will provide some relief and therefore will make some difference, but we've to be realistic that for companies that do not have orders on hand, whose business model is no longer relevant or whose products are no longer relevant, this will not help them.'

But he adds: 'If just because of this they rethink (retrenchments), then I think it's already quite an achievement.'

One thing that is clear to policymakers: the need to act fast and pre-emptively.

Mr Poon says: 'We can wait until the 60,000 or whatever number retrenchments come about, and then do something. But would that be too late?

'By that time, the momentum would have set in and the situation would have got even worse.'

More will be done if the need arises. Policymakers are not ruling out anything - even CPF cuts.

On whether Jobs Credit signals a shift in public policy towards more 'welfare-type' spending, given the move towards the Workfare Income Supplement two years ago and, more recently, giving jobless Singaporeans training allowances, Mr Poon says: 'It's really an extraordinary measure for an extraordinary downturn.

'I don't think we would do this every year or even every downturn, for that matter.' 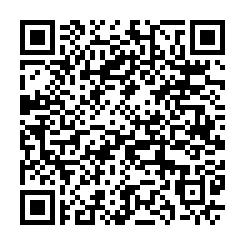